Superior Printing Ink Co., Inc. was founded in 1918, and rapidly became known for accurate color matching and “get-it-there-no-matter-what” delivery. Four generations later, Superior remains a family owned and operated American business. This continuity of ownership/management is a key element of Superior’s success. It has provided a solid foundation on which the company continues to build.

A look inside our testing, manufacturing, and shipping operations 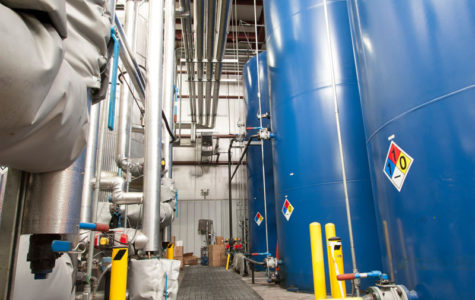 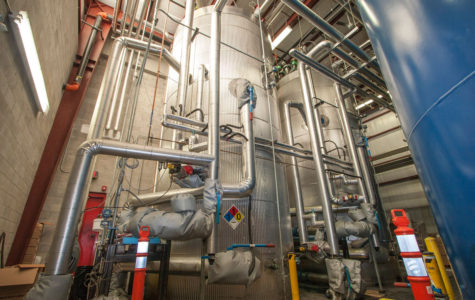 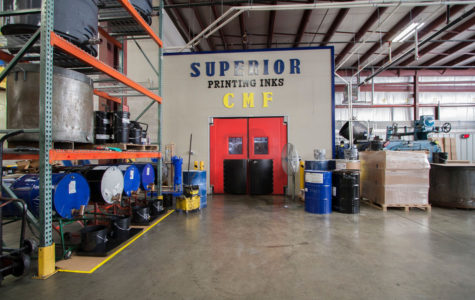 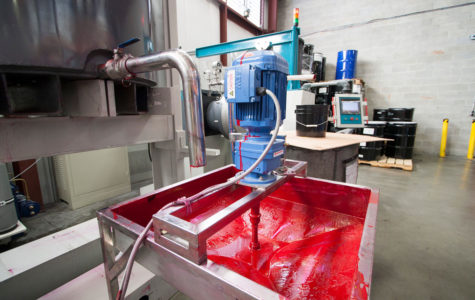 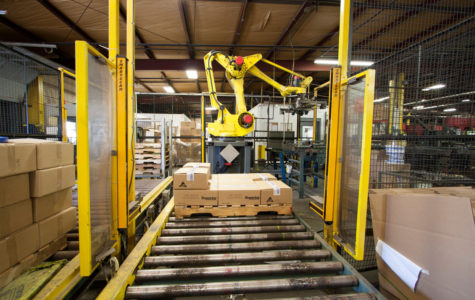 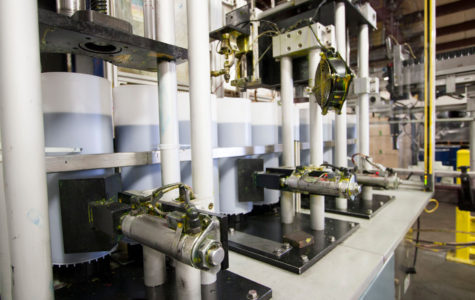 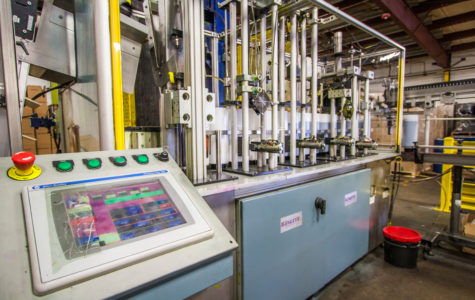 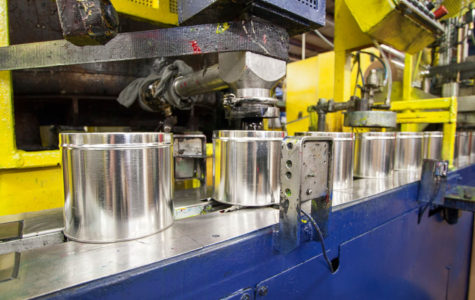 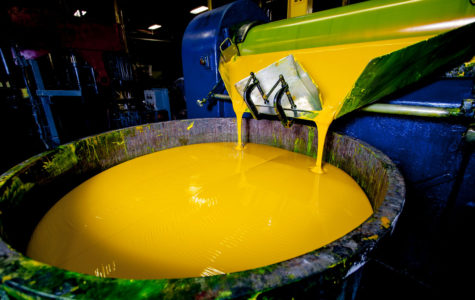 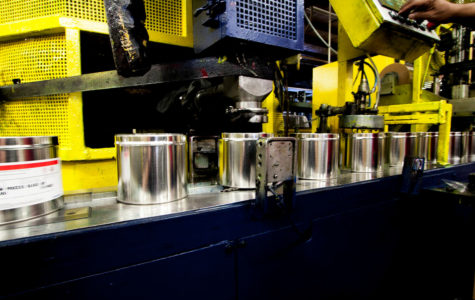 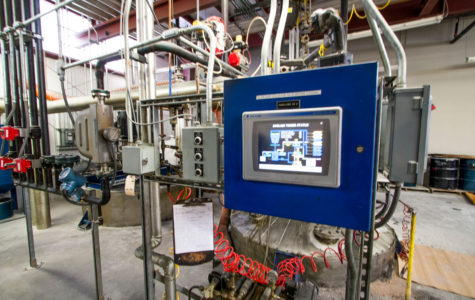 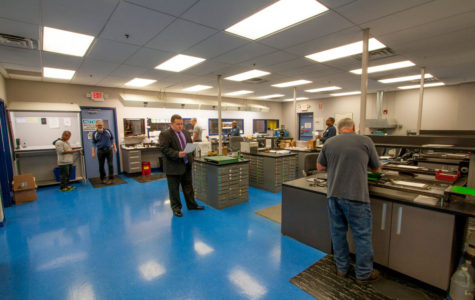 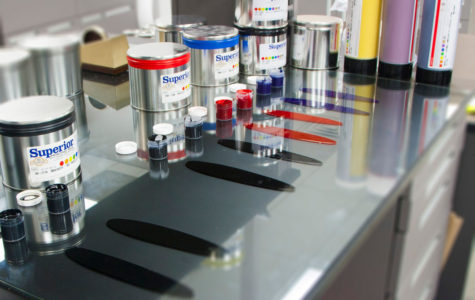 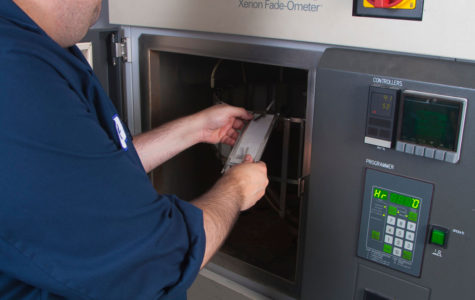 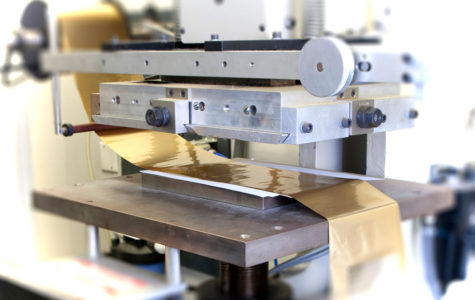 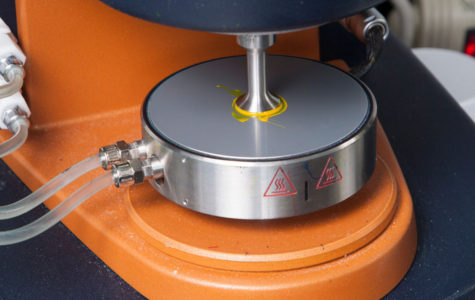 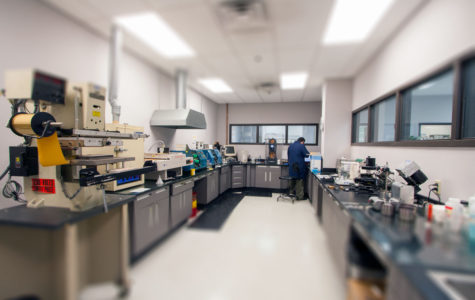 A Short History of Superior and Its Subsidiaries

Harry G. Kriegel, the founder of Superior Printing Ink, started his career in graphic arts as a printer’s devil in the early nineteen hundreds.

In 1918, he persuaded William Randolph Hearst to lease him his unused ink manufacturing plant in Hoboken, New Jersey. In 1920, he incorporated the business under the name Superior Printing Ink Co., Inc. and started operations in a store on West 31st Street in New York City. As the business progressed, he moved to West 25th Street, and ultimately to 295 Lafayette Street in 1930.

To raise capital, Mr. Kriegel sold stock in the company to friends, relatives, and even printers. Elias J. Lightstone became a partner in 1924. Because of ill health, Mr. Lightstone sold his shares to Morton E. Kapp in 1930.

In May 1935, Quality Varnish Company was formed and leased a building in Long Island City, under the supervision of Julius Feinstein. In 1966, a larger and more suitable facility in Newark, New Jersey was purchased from the Lawter Corporation. By 1986, two large electrically heated kettles had been purchased and essentially replaced the small original gas fired ones for the manufacture of ink vehicles. In 1990, a 12,000 sq. ft. warehouse was added to the facility.

Sadly, Morton Kapp, Vice President, passed away on February 18, 1961. Pursuant to a buy-sell agreement between Mr. Kriegel and Mr. Kapp, Mr. Kriegel became sole owner of Superior Printing Ink Company in July 1961. Nathan Rosen, Mr. Kriegel’s son-in-law, was appointed to the Board of Directors. Harry Kriegel was elected Chairman of the Board of Directors. Nathan Rosen was elected President of Superior.

On October 9, 1961, Mr. Kriegel sold his interest in Superior to Nathan Rosen, Joseph M. Simons, and Meyer Mandel, who then became President, Vice President-Secretary, and Treasurer, respectively. Each of the three had already been employed at Superior for over 25 years. Mr. Rosen, who had risen to the position of Chief Chemist, remained as President in charge of operations. Mr. Simons (Mr. Kapp’s brother-in-law) and Mr. Mandel were both in sales. In addition, the following key positions were established:

In April Stanley R. Hittman retired from his position of Executive Vice President 16

In January Superior acquired the assets of Ink Makers, further strengthening the Company's presence in the West Coast. 15

In April George Varughese was promoted to Vice President of Technology. 14

In April, after 47 years of exemplary service, Salvatore Moscuzza retired from his position as Senior Vice President / Principal Ink Technologist.

In September, after 43 years of distinguished service to both Superior and the graphic arts community, Mr. Harvey R. Brice retired from his position as Superior’s Managing Director. In September, Superior relocated its corporate offices and the New York branch to 100 North Street, Teterboro, New Jersey.

In January, after 16 years of service, Robert Bernatavitz was promoted to Vice President of Manufacturing with responsibility for the management of CMF 1, CMF 2, the WDC, and the Newark varnish manufacturing plant. Anthony Cieri joined Superior to replace Irving Stolberg as head of Corporate Technical Service. Construction began on a varnish manufacturing facility at CMF 1 in Hamden, Connecticut. In November, after 20 years of distinguished service, Michael...

After 50 years of outstanding service, Irving Stolberg retired at the end of the year.

To guide Superior through its 100th birthday, and well into the 21st century, the leadership team was reorganized and expanded with Michael R. Brice as Chief Operating Officer. Superior mourned the passing of Nathan Rosen, the last surviving member of the management team that successfully guided Superior from 1961 to 1990. Nathan Rosen, Joseph M. Simons, and Meyer Mandel were strong links in the chain of Superior’s leadership history. In...

Superior received ISO 9002 Certification at the CMF culminating a process begun in 1997. After 45 years of service, Irving Stolberg was promoted to Vice President of the newly created Corporate Technical Service department. Jim Feeney was promoted to the position of Regional Manager for the Northeast and Mid-West Regions.

Harvey R. Brice was awarded the prestigious Ault Award for outstanding contributions to the industry by NAPIM. Michael R. Brice became a member of the Executive Committee. Anthony DiGesu was promoted to Sales Vice President. CMF took over the entire 35,000 sq. ft. Hamden facility. The Hamden branch moved out of the location they shared with the CMF into a new 10,000 sq. ft. facility in North Haven, Connecticut. Superior...

The Buffalo branch relocated to a new 8,000 sq. ft. facility in Cheektowaga, New York. Production in the Hamden facility reached a level requiring the use of an outside warehouse facility to handle the volume. Designated the Warehouse and Distribution Center (WDC), it stores and distributes finished goods made in Hamden to the other branches. The bulk manufacturing portion of Hamden was designated the Central Manufacturing Facility (CMF). It incorporates...

Superior mourned the passing of Joseph M. Simons. Superior purchased Americolor and its' building in Milwaukee, Wisconsin and established it as a new branch office. Additionally, Superior acquired Midwest Printing Ink, which became the Kalamazoo branch. Michael R. Brice was promoted to Corporate Vice President. Superior established a Department of Reengineering under the leadership of Sal Moscuzza. This department led the effort to design and implement changes in Central Manufacturing,...

Superior relocated the Chicago branch to a 28,300 sq. ft. facility in Addison, Illinois. The new facility supports growth opportunities for both the Superior and Spinks offices, which share the facility.

Superior mourned the passing of Meyer Mandel. Gotham Ink and Color Company of New York relocated to a 25,000 sq. ft. building in Stony Point, New York, that was used by the previous owner to manufacture paint. The building was fully equipped with the latest safety and environmental requirements. Superior purchased the sales and inventory of Rexart Chemical Corporation of Jersey City, New Jersey.Using a new expansion philosophy to penetrate...

Gotham purchased Colora Printing Inks and merged it into the Long Island City operation. Superior premiered the new Super Tech technology, solidifying our leadership position in the sheet fed marketplace and ensuring continuous growth into the next millennium. Superior purchased all the issued and outstanding stock of J. H. and G. B. Siebold Inc. Production was taken over by Superior, New York.

Superior established a Chicago branch. In 1987, a larger facility was acquired in Schiller Park, Illinois. It was further expanded in 1990. Michael R. Brice joined Superior as a trainee, representing the fourth generation. Gotham purchased the Brady - Flaherty Ink Company and merged it into Gotham Ink of New England. Superior purchased all the assets of Warden Printing Ink and Chemical Company located in Yonkers, New York. The oil...

Superior purchased Century Printing Ink and Consolidated Printers Supply. The two were merged and function as the Atlanta branch in a 10,000 sq. ft. building. Harold Rubin joins Superior as Controller.

Superior purchased and moved into the facilities of Prescott Ink in Springfield, Massachusetts and operated it as the Springfield branch. Additional land and an adjoining building were purchased in 1984. Quality Varnish Corporation was sold to Covar Corporation.

Superior purchased Continental Printing Ink Company and its' building in Philadelphia, Pennsylvania and established it as a branch of Superior. Superior purchased Graphic-Color Inc. from Philip Shakespeare with manufacturing facilities in Boston, Massachusetts and Hamden, Connecticut. The Boston branch was merged into the Marlboro branch. The Hamden facility was maintained until 1979, when a 28,000 sq. ft. building and surrounding acreage located on Sherman Avenue was purchased for the expansion...

Gotham of New York purchased additional space directly across the street from its Long Island City plant for additional raw material storage as well as office and laboratory facilities.

Nathan Rosen was honored as the recipient of the Ault Award for outstanding achievement and service to the printing ink industry by the National Association of Printing Ink Manufacturers (NAPIM). Superior entered into an agreement with Allied Graphic Offset Supplies and Richard Shea as distributors of Superior Printing Inks in the state of Florida. Initially, the premises of Allied Offset in Hollywood, Florida were used as a warehouse. In 1973,...

Meyer Mandel was elected a Vice-President in addition to Treasurer. Jeffrey I. Simons was elected Assistant Secretary and Vice President. Harvey R. Brice was also elected Vice-President. Superior purchased Gotham Ink and Color Company, a manufacturer of flexographic and rotogravure inks, from Samuel and Isabel Kantor. Mr. Kantor, a recognized authority on liquid inks, was retained to operate and manage Gotham. This acquisition played a significant role in the growth...

Superior purchased Graphic Arts Ink Company from Seymour Wallenstein, who joined Superior as a member of our sales force.

Harvey R. Brice, son-in-law of Nathan Rosen, began his career with Superior as a trainee.
19